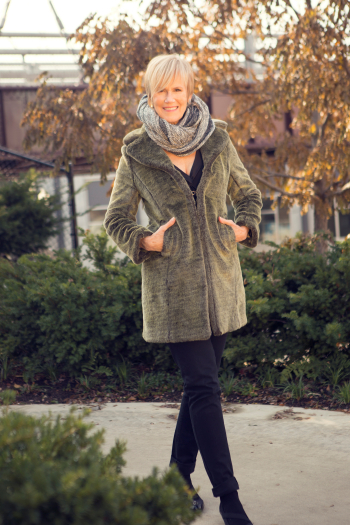 “Sunny Wilkinson is at the top of her game here. She has spent a lot of time refining her craft in the trenches and now emerges as a master songstress able to get inside of a song and find its essential emotional core.” – Don Mizell, co-producer of Ray Charles, Genius Loves Company.

The child of a Methodist minister, Sunny Wilkinson grew up singing in church and around the piano in four-part harmony with her family. She earned her degree in Choral Education from Arizona State University, and during that time delved into diverse styles of music, singing the operatic roles of Marcellina in the Marriage of Figaro, the Wicked Witch in Hansel and Gretel, as well as the role of Winnifred in the musical comedy Once Upon a Mattress. She also played trombone and sang in the ASU jazz band. Weekend nights, she played and sang in a jazz fusion band called Goldmine.

After college, Sunny spent fifteen years in Los Angeles, honing her professional chops as a jazz recording artist, session singer, performer, and teacher. She sang on the theme and numerous episodes of “Saved By the Bell,” and was a “Solid Gold” singer, backing Marilyn McCoo and Dionne Warwick, both on screen and in the recording studio. For twelve years, Borrowed Time, an eclectic jazz vocal group with Sunny on alto, performed in LA clubs and jazz festivals.

In 1989, Sunny recorded her debut CD, Alegria, for Hibrite records of Japan, which was produced by Stix Hooper, the drummer for the Jazz Crusaders. Alegria featured such stellar players as John Patitucci and Ernie Watts. Swing Journal heralded its arrival on the charts at number five in Japan. In 1992, Sunny recorded a live version of Round Midnight, with full orchestra, for Honda of Japan. This national television ad campaign was released as a single CD by Hibrite Records.

Wilkinson’s self titled release for Positive Music Records (1993) highlighted her love of jazz, fusion and pop, and thrust her into a nonstop touring schedule of jazz festivals, concerts and club gigs.

In 1993, Sunny moved to Okemos, Michigan to be with her new husband, Dr. Ron Newman, who was head of the Jazz Studies Area at Michigan State University. Since that time, they have been in partnership, playing music, writing tunes, and producing CDs, not to mention raising their wonderful family.

Shortly after moving to Michigan, Sunny was asked to be the head of the Woman’s Caucus for the International Association of Jazz Educators. Knowing that she needed a project to anchor her vision (Where are the women jazz players? Let’s give them a voice and a platform.), she launched “Sisters In Jazz” a mentoring program for young women, which was taken to an international level through IAJE. Alumni of SIJ include Tia Fuller, Anat Cohen, and Sarah Caswell.

In 1998, Sunny released her third CD, High Wire, a big band recording featuring arrangements by husband Ron Newman, and a close friend from ASU days, Charlie Argersinger. Not just another swinging bunch of standards, this CD spotlights tunes by the Yellow Jackets and Major Harris, as well as a tone poem on the beautiful ballad “Have I Stayed Too Long at the Fair?”

Sunny’s fourth release, A Gentle Time, When Sunny Meets Tom, is a duo collaboration with the legendary LA pianist Tom Garvin. Gene Bertoncini says, ”I love this CD from top to bottom. It’s just so exquisite. Everything she sings is so right. The little different sounds in her voice and the way she sustains things. And Tom’s playing is magnificent.”

Over the years, Sunny has sung with The Count Basie Band, Rob McConnell and the Boss Brass, Mark Murphy, Milt Hinton, Kenny Wheeler, Clark Terry, Bill Watrous, Ron Carter, Curtis Fuller, Edgar Winter, and Gene Bertoncini, among others. A busy travel schedule has her presenting clinics and performances at universities and jazz festivals, as well as jazz clubs, across the United States.

Sunny has also made significant contributions in jazz education. She has been on the jazz faculty at Michigan State University, Western Michigan University, Cal State Northridge, Fullerton College, and the Dick Grove School of Music, as well as teaching numerous private voice students. Presently she is adjunct faculty at Western Michigan University and an artist in residence at the University of Michigan. She served as a President of the Michigan chapter of the International Association of Jazz Educators and the past chairperson for IAJE’s Women’s Caucus. Many of her former students are now the heads of vocal jazz programs at universities around the country and have successful careers as jazz performers and recording artists.

Sunny is thrilled about her new release, Into the Light, a celebration of family and her long association with her band. Jazz critic Paula Edelstein says of Into the Light,

“Acclaimed jazz vocalist and educator Sunny Wilkinson offers exceptional interpretations of music from various genres as well as several original compositions composed with her pianist/composer husband Ron Newman on her latest release on Sunchance Music titled Into The Light. Sunny’s multi-octave vocals are delivered with passion and perfection as she reflects on personal experiences that have become her songs. The set list of intimate ballads and up-tempo gems are offered with an emotional and thoughtful approach that her listeners are sure to enjoy.”